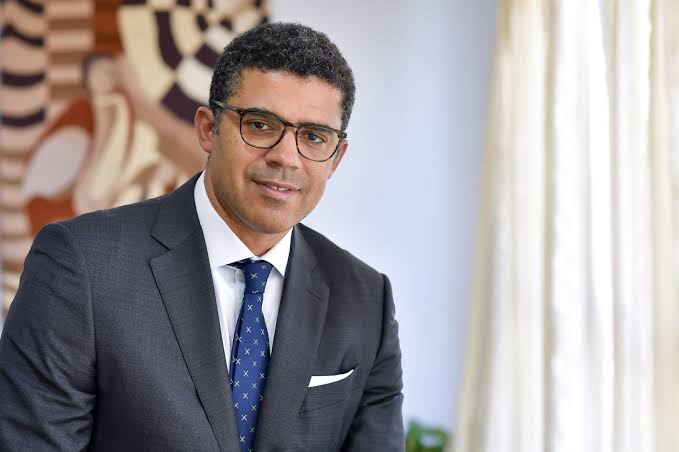 Born on 16 March 1972 in Kinshasa, Zaire (present-day Democratic Republic of Congo). Sindika Dokolo is a half-breed born of a Danish mother and a Congolese father, banker Augustin Dokolo, who had made his fortune under the regime of Zairean President Mobutu Sese Seko before being dispossessed of his property. Raised in Belgium, he studied economics and commerce at the University Paris-VII, where he received his BA in the very chic Lyceum Saint-Louis-de-Gonzague. Returning to Kinshasa, where he did not shine in business, he fled the war to Luanda, the capital of Angola.

He grew up following his parents in Belgium and France. His father, Augustin Dokolo, is a bank owner, millionaire and lover of traditional African art. His mother, Hanne Kruse, is of Danish origin. After graduating, he studied economics, commerce and foreign languages at the University Pierre-et-Marie-Curie, Paris-VI4.

Sindika Dokolo is the son-in-law of the former President of the Republic of Angola, José Eduardo dos Santos. It holds one of the largest collections of contemporary African art, including about 3,000 works of art in 2016. He got his fortune from his father, Augustin Dokolo Sanu, who created the first private bank in Zaire in the 1970s.