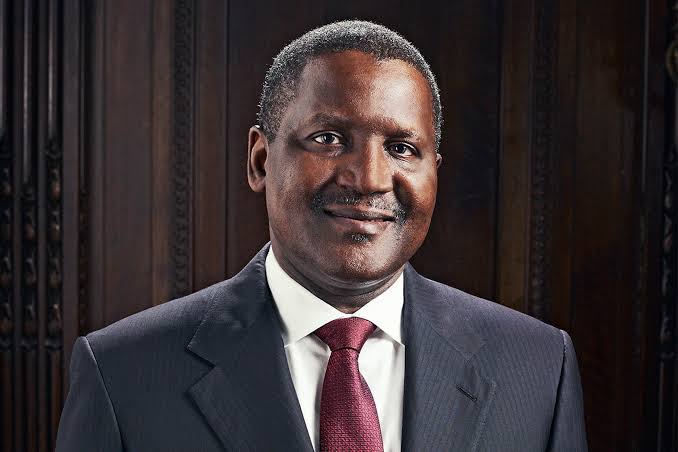 Aliko Dangote was born on 10 April 1957 in Kano in northern Nigeria. The first born of a business family of two children, he obtained a Bachelor’s Degree in Business Administration at Al-Azhar University in Cairo, Egypt.

He returned to Nigeria in 1977 and joined his uncle Abdulkadir Sasuni Dantata in the business world. With this experience he received a loan of 500,000-naira ($2,500) and 3 trucks from his uncle repayable in two (2 years) interest-free to set up his own business. It was around the 1980s that the Dangoté Empire expanded as it diversified its commercial activities by creating in 1981 the DANGOTE GROUP, which gradually launched the assault on Lagos, the economic capital of Nigeria.

Aliko Dangoté is the richest person in Africa with a net worth of $12.1 billion.

He founded the largest cement producer in Africa called Dangoté Cement.  The business tycoon has had a refinery under construction since 2016 and is expected to be one of the largest oil refineries in the world once completed.

The arrival in power of the military junta in 1983 will be profitable because the competitors of DANGOTE GROUP will be imprisoned for corruption. It is taking advantage of this opportunity to invest in markets left vacant, particularly in the food sector. His trip to South America, specifically to Brazil in 1999, directed him towards industry. Starting from cement, this businessman diversified his activities over the decades, to expand in several African countries in the agri-food, real estate, telecommunications, according to the ranking of the biggest fortunes in the world published by Forbes magazine, Aliko Dangoté would constitute the 23rd world fortune estimated at more than 25 billion dollars.

Aliko Dangoté has always had motivational phrases. It is now seen as a model of success for young people on the African continent. The richest man in Africa sat his empire for years at the cost of many sacrifices. A lesson he never ceases to repeat to young people whenever he has the opportunity to meet them.

The Nigerian businessman tells us that if you want to succeed in business and build a successful business, you have to have a goal. But having a goal is not enough. You must obsessively focus on achieving it.” He also advises that to succeed in business, you must build a brand and never destroy it. A defining advantage I had when I entered the manufacturing industry was my brand “Dangoté”, which I had patiently built with my merchandise.”